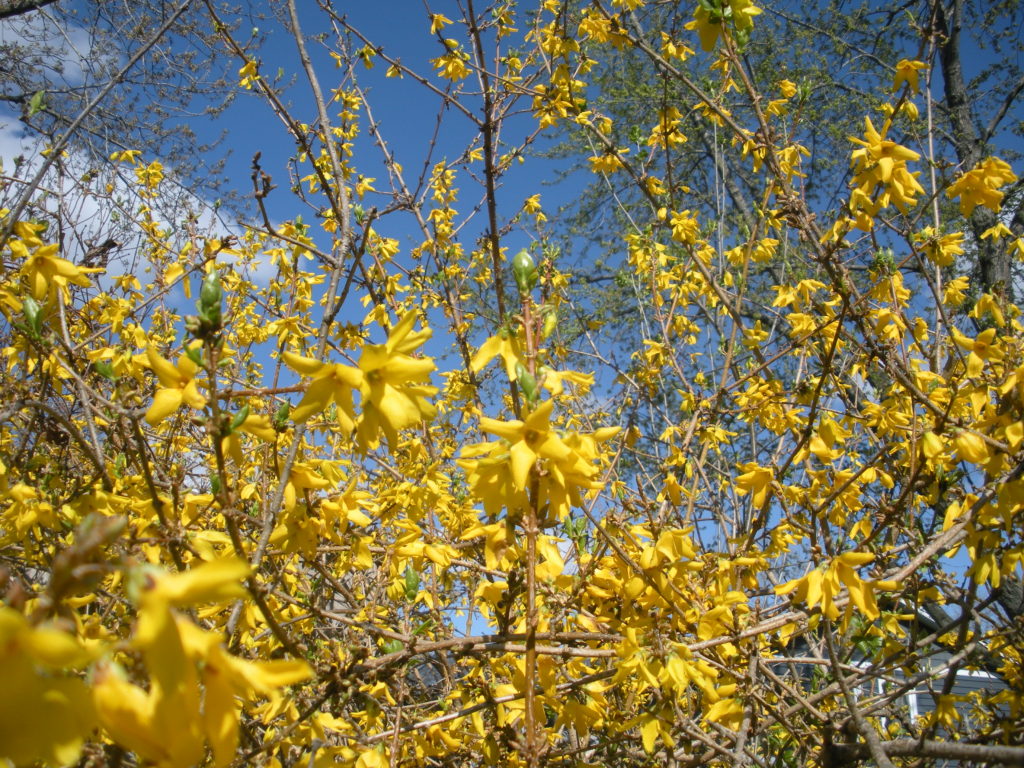 The forsythia is in bloom.  Dear friends gave us this golden bush as a memorial gift for our son, Steven. The blooms each year are a sweet reminder of our son. He died almost 31 years ago as the forsythia bloomed.

Steven had leukemia. After a year of chemotherapy he received a bone marrow transplant.  We were hopeful.   But the cancer cells returned.

We walked with Steven through the months when doctors no longer had effective cancer fighting drugs. Steven received supportive care at home and we made the most of our days.

Few people knew the severity of Steven’s condition when he carried the flag for the opening ceremonies of Sparkorama.

Teams of children from a number of churches were competing in games. Steven wasn’t able to participate in the games but he cheered for his sister and her team.

Later that day Steven wrote the last entry in a diary. He was seven years old when he began writing the journal while in the hospital for bone marrow transplant. 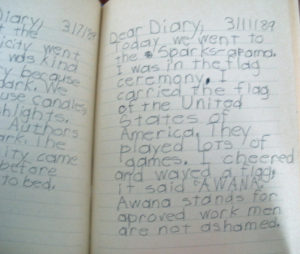 On March 11th he wrote: Today we went to the Sparks-orama. I was in the flag ceremony. I carried the flag of the United States of America. They played lots of games. I cheered and waved a flag. it said, “AWANA”. Awana stands for aproved work men are not ashamed.

Steven had memorized this Bible verse: Do your best to present yourself to God as one approved, a workman who does not need to be ashamed . .  II Timothy 2: 15

Six weeks later Steven passed away. Our grief was hard. I searched the Scriptures and poured out my heart in prayer. As a family, but also as individuals, we had to wrestle with our pain and doubts.

My comfort came from reading the account of the death of Lazarus in John 11: 17-44 When Jesus arrived at the tomb and saw the grief of friends and family, he wept. These verses convinced me that Jesus (and God) knew my pain. God would help us—and He has. It has been almost 31 years and our family is faithfully following Jesus.

An essay about Steven and my journey faith, Prayers Through Illness and Loss, is included in an anthology. Illness, Resilience and Spirituality is edited by Marguerite Guzman Bouvard.