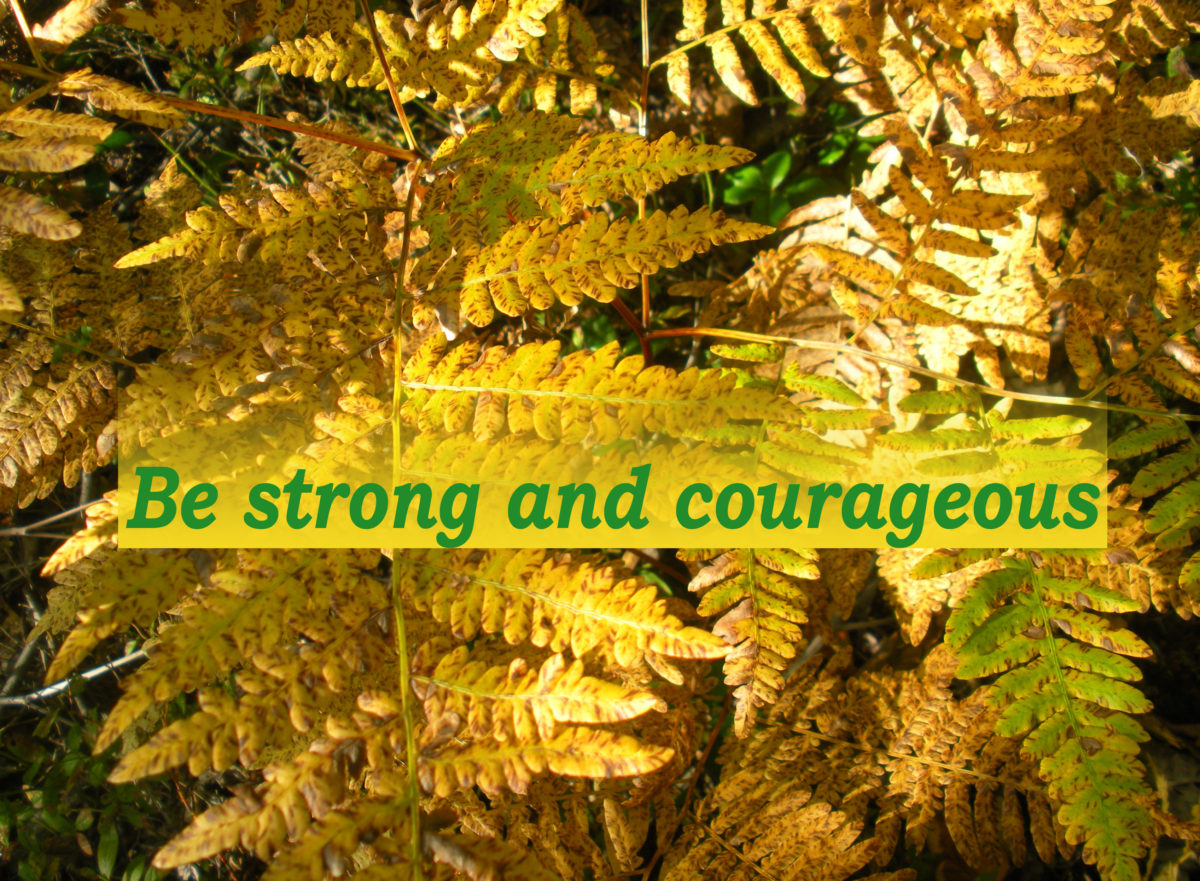 So many things can cause me to worry—illness, divisive politics, concerns about friends and family, goals not met. Do I live in fear or do I hold fast to God with faith?

The book of Joshua in the Old Testament lays out great examples of active faith. Today I was reading about Caleb. Caleb was one of the twelve men that Moses sent to spy out the promised land.

Caleb had faith that they could enter the land and fight for it. God would give them victory. But ten of the men were afraid of the descendants of Anak, described as giants. Fear settled on Israel like a mist. As a result 40 years would pass in the wilderness before Caleb would enter the promised land. I wonder how those years went for Caleb. Forty years is a long time to be patient. Caleb was steadfast.

Caleb was with Joshua when they entered the land and took possession (as God promised). God was with them in the battles.

When the land was being divided and given to each tribe, Caleb reminded Joshua that he had been promised land for himself and his descendants. At the age of 85 he offered to win the hill country from the Anakim—the same area of land that he had seen 45 years before. He was ready to fight the giants. Steadfast faith.

Caleb’s example speaks to me. He actively listened to God. He believed God and was ready to act. He endured 40 years of waiting patiently, steadfastly. At the right moment he was victorious at Hebron.

The good news is that when we are listening to God, willing to act, he helps us. Our faith is molded by prayer, Bible study, obedience to God’s word. We receive encouragement in community with other believers.

Have I not commanded you? Be strong and courageous. Do not be frightened, and do not be dismayed, for the Lord your God is with you wherever you go. Joshua 1:9

This post is linked with the Five Minute Friday writing community. Today’s prompt is: ACTIVE

Sharing this post with Faith on Fire , Inspire Me Monday and Heart Encouragement