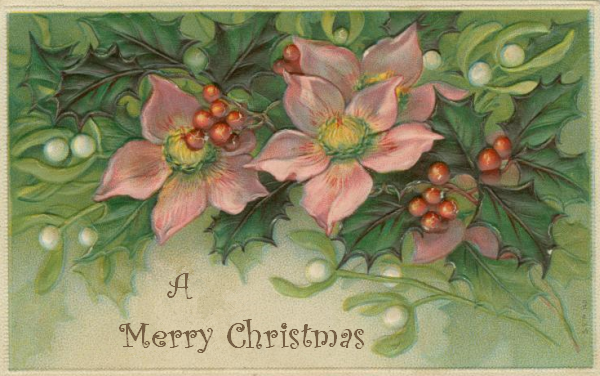 One of the Christmas cards I received had a drawing of Mary and Elizabeth. According to the book of Luke, Elizabeth was the first to learn of Mary’s pregnancy after the angel had appeared to Mary. She believed God’s plan.

And when Elizabeth heard the greeting of Mary, the baby leaped in her womb. And Elizabeth was filled with the Holy Spirit, and she exclaimed with a loud cry, “Blessed are you among women, and blessed is the fruit of your womb! And why is this granted to me that the mother of my Lord should come to me?” Luke 1: 41-42

Matthew recorded the visit of the three wise men from the east. They had learned of the birth of Jesus from their study of the stars. They came to worship and bring gifts.

And behold, the star that they had seen when it rose went before them until it came to rest over the place where the child was. When they saw the star, they rejoiced exceedingly with great joy. And going into the house they saw the child with Mary his mother, and fell down and worshipped him. Then opening their treasures, they offered him gifts, gold and frankincense and myrrh. Matthew 2: 9-11

Luke recorded the experience of shepherds who were tending their sheep.

And in the same region there were shepherds out in the field, keeping watch over the flock by night. And an angel of the Lord appeared to them, and the glory of the Lord shone around them, and they were filled with great fear. And the angel said to them, “Fear not, for behold, I bring you good news of great joy that will be for all people. For onto you is born this day in the city of David a Savior, who is Christ the Lord. And this will be a sign for you: you will find a baby wrapped in swaddling clothes and lying in a manger.” And suddenly there was with the angel a multitude of the heavenly host praising God and saying, “Glory to God in the highest, and on earth peace among those with whom he is pleased!” Luke 2: 8-14

When the angels went away from them into heaven, the shepherds said to one another, Let us go over to Bethlehem and see this thing that has happened, which the Lord has made known to us.” And they went with haste and found Mary and Joseph, and the baby lying in a manger. And when they saw it, they made known the saying that had been told them concerning this child. Luke 2: 15-17

Elizabeth, the wise men from the east and the shepherd received the announcement of a Savior, a King. Amidst the political turmoil, corruption of leaders and problems in daily life, they heard the message of hope. God was doing something, Let us be like them, ready to see and hear God at work. In another post I write about Mary and Elizabeth and how their hearts and minds were prepared for the coming Savior.

Our soul waits for the Lord, he is our help and our shield. For our heart is glad in him, because we trust his holy name. Let your steadfast love, O Lord, be upon us, even as we hope in you. Psalm 33: 20-22

Note: the card pictured above is from The Printery House at Conception Abbey

Sharing this post with the Five Minute Friday Writing Community and Tuesdays with a Twist .

6 thoughts on “Who Is Listening for the Promise?”