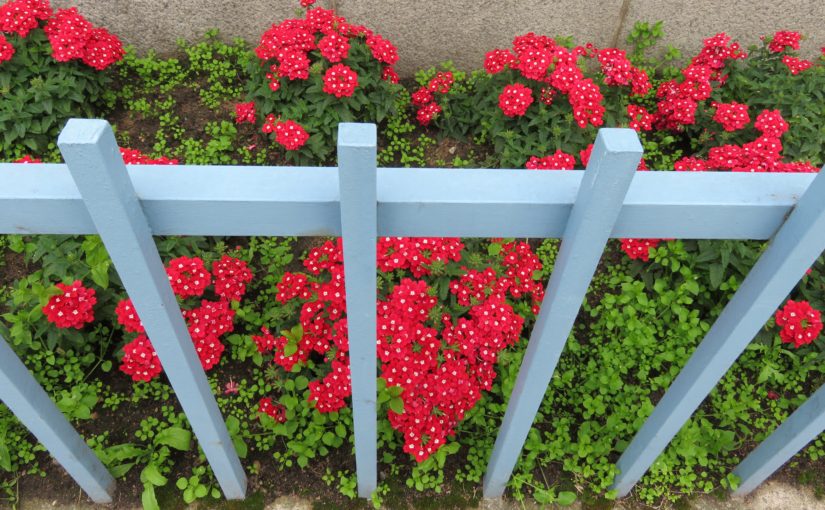 Every Friday the FMF community writes for five minutes on a prompt given by Kate Motaung. To visit this inspiring community of writers, click here. Today’s prompt is: NEIGHBOR

Like so many I have been watching the photos and videos of Hurricane Harvey. The floodwaters and misery are overwhelming—but so is the kindness of people as they help strangers. The Cajun Navy has volunteered their time and their boats to rescue thousands of people.

My favorite story is about a midwife. As floodwaters rose on her street she was unable to leave her house with her supplies. A neighbor helped her onto an inflatable swan and pushed her to dry ground. She was able to attend the birth of a client.

Natural disasters create situations where the needs of people become obvious. A community spirit develops. It would be wonderful if this spirit became a constant.//

When we were traveling in Finland I was impressed by the kind attention offered to us. So many times a bystander noticed that we were studying a map or looking at street signs, and then offered assistance.

Attentiveness is part of being a good neighbor.

The Gospel of Luke records a question that was posed to Jesus.  Who is my neighbor? Jesus responded with the parable of the Good Samaritan. The man who saw the wounded Samaritan and acted with mercy was a neighbor.

We are called to pay attention to the needs of others. Perhaps it involves asking good questions or being available. And then stepping up to help. I can improve in this area. 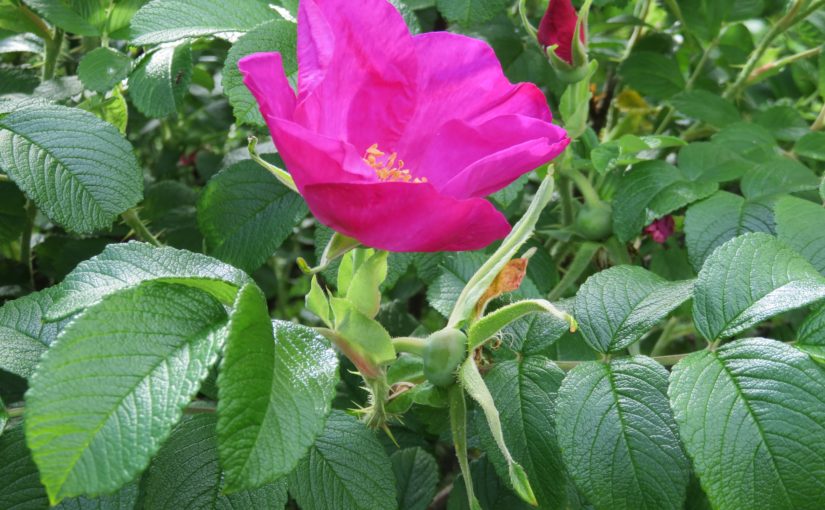 Every Friday the FMF community writes for five minutes on a prompt given by Kate Motaung. To visit this inspiring community of writers, click here. Today’s prompt is: SPEAK

Through my experiences as a nurse, mother and grandmother I have come to believe that minimizing medications is a good thing. Beginning with fertility and childbirth. It is good to be educated about hormonal birth control—benefits and risks. It is good to go into labor naturally unless there is a medical problem. It is good to ask questions about proposed treatments.

I participate with a group called Women Speak for Themselves. This group encourages education about fertility and natural family planning. I am still learning how to raise discussions with women. I need grace and a good listening ear.

In the midst of the loud voices of our culture we can become timid or brash. But there is another way. We need grace and kindness as we speak up and share our point of view.

This verse in 1 Peter gives guidance for sharing our faith, and can apply to discussion of controversial topics.

But in your hearts honor Christ the Lord as holy, always being prepared to make defense to anyone who asks you for a reason for the hope that is in you; yet do it with gentleness and respect. 1 Peter 3:15 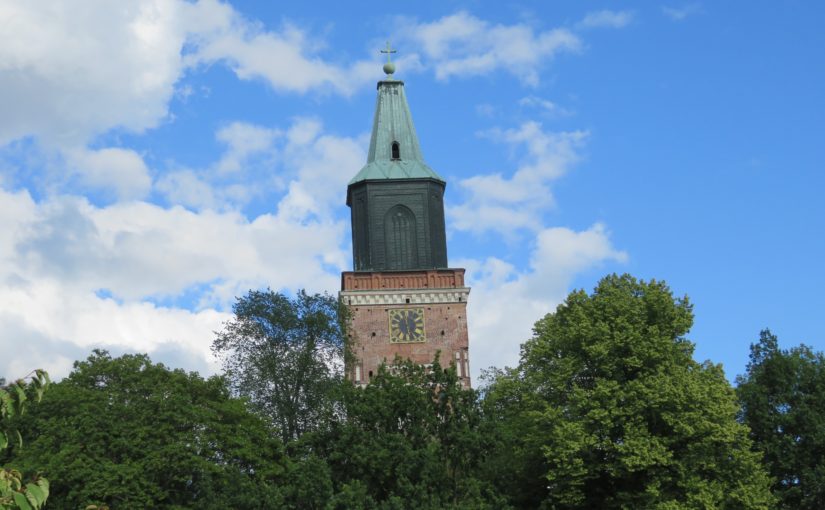 Every Friday the FMF community writes for five minutes on a prompt given by Kate Motaung. To visit this inspiring community of writers, click here. Today’s prompt is: PLACE

While we were in Finland we visited Turku, a beautiful old city. It was the “capitol” of Finland when Finland was under Swedish rule.

Rising above the town is the tower and cross of the Lutheran Church. We walked from our hotel to this landmark. 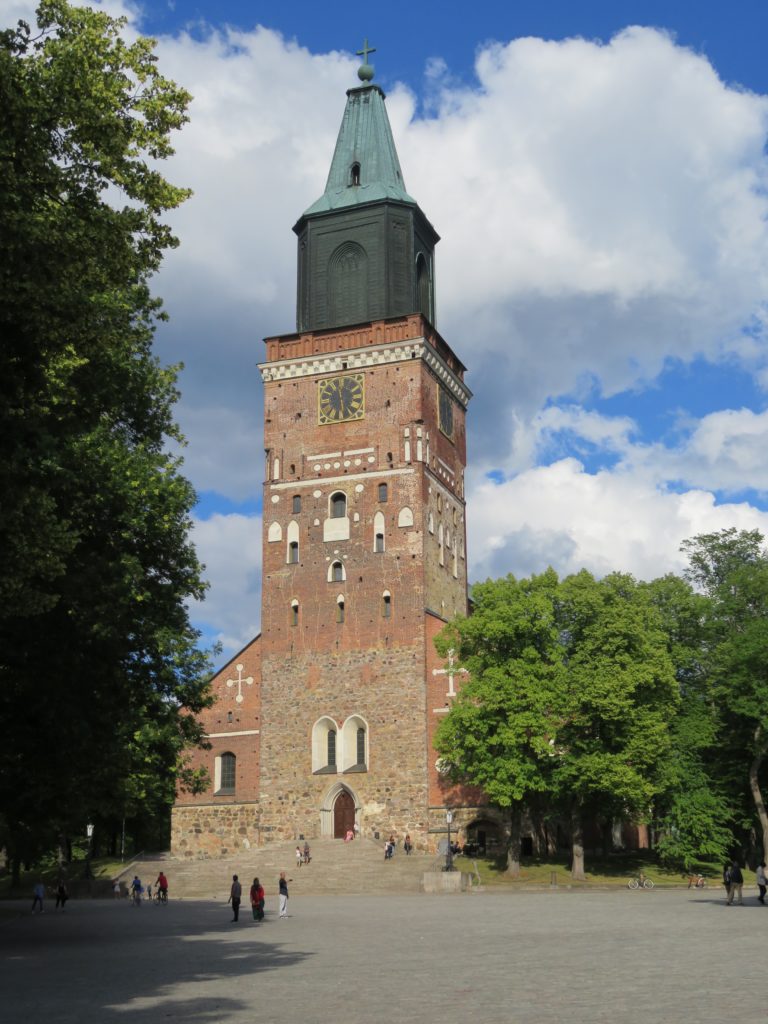 The church is kept open for visitors. People were ascending the stairs as we approached.

The doors were ornate. 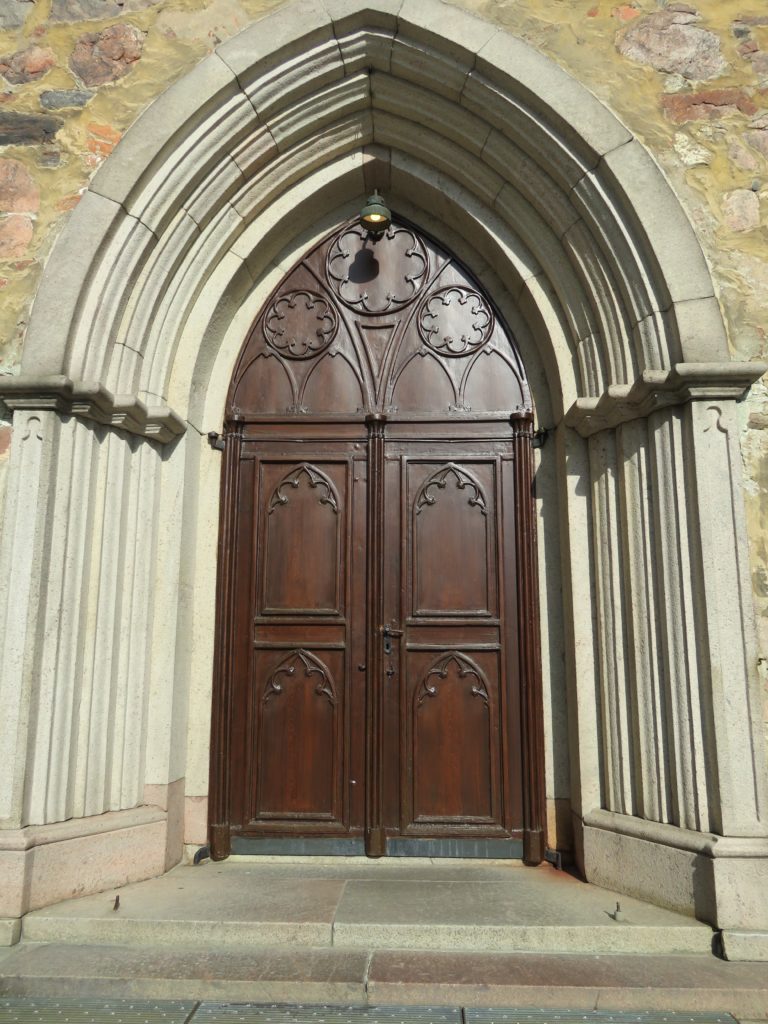 I took a deep breath as we entered this place. The architecture is magnificent. 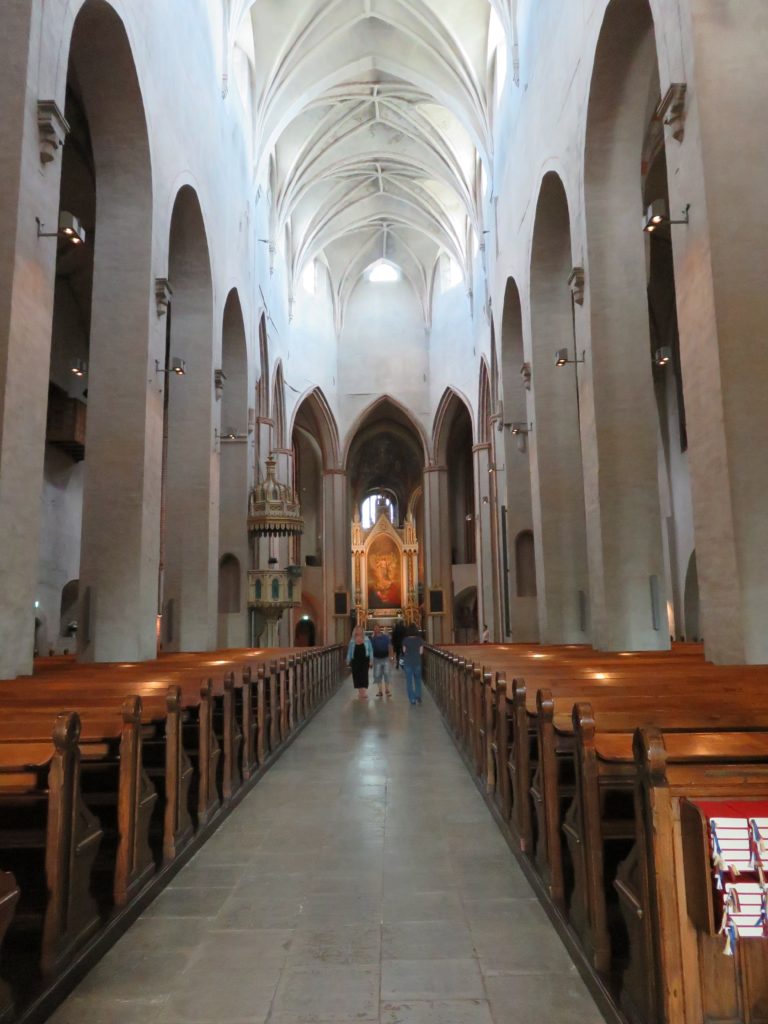 I was most drawn to the painting behind the altar,  with the focus  on    Jesus, resurrected and ascending to heaven. 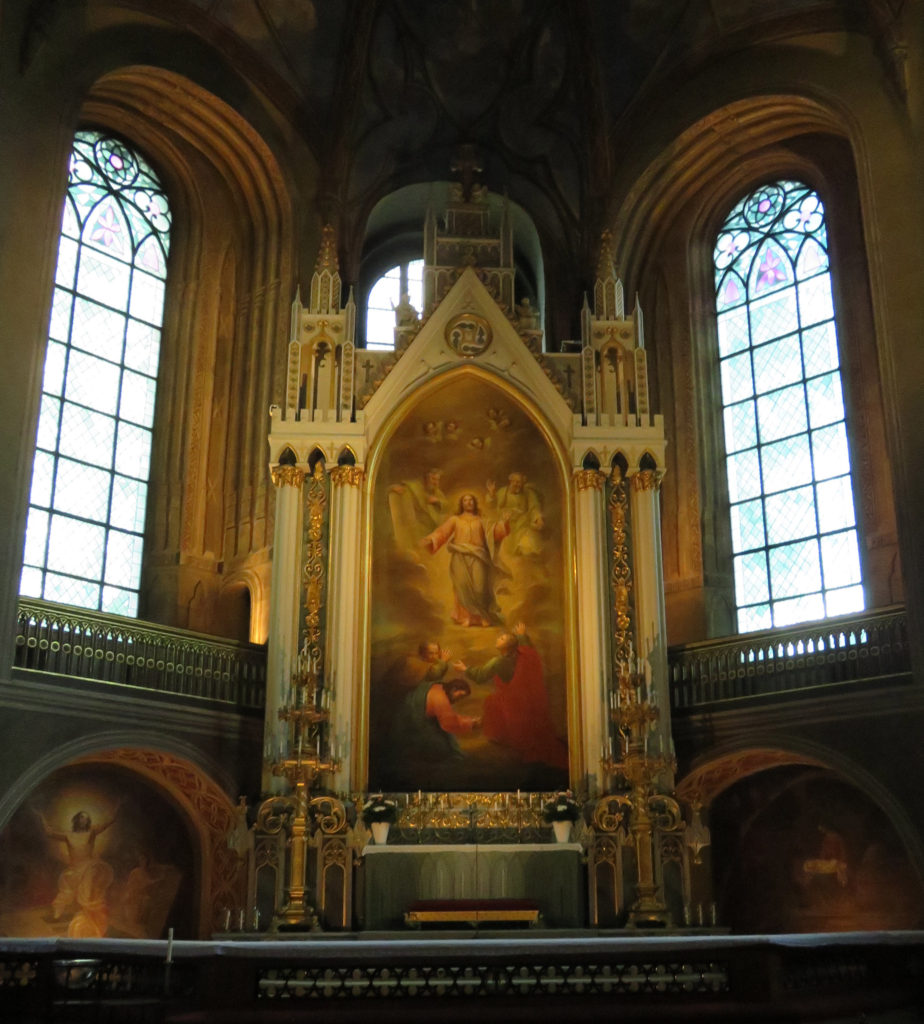 // Since we have returned home I have thought a lot about the church in Finland. Every city has a cathedral-like church. The Lutheran Church is the state church. Weddings and funerals are conducted there. But I did not get a sense of the people of the church. When I talked with my Finnish relatives, the concept of a community of believers was outside of their experience. The magnificent churches demonstrate the heritage of faith. And so I am led to pray for revival and a fresh experience of faith in Finland.

Sharing this post with the Five Minute Friday Link-up 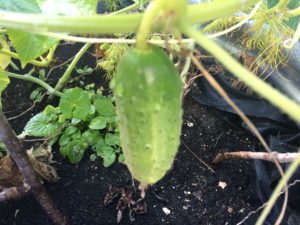 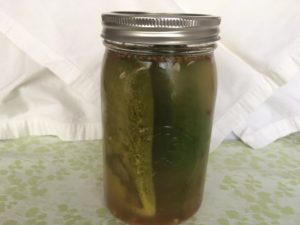 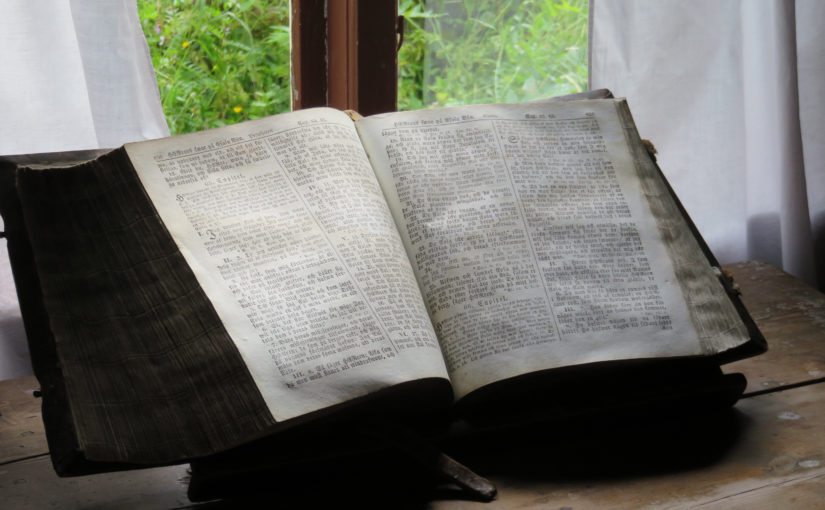 Every Friday the FMF community writes for five minutes on a prompt given by Kate Motaung. Sometimes the first five minutes of writing stimulates more thought, and I continue on . . . Today’s prompt is: TRY

During the past two weeks I had the wonderful experience of attending a family reunion in Finland. My maternal grandmother had come to the United States when she was nineteen years old. Two of her brothers were already here, but the remaining ten siblings stayed in Finland. She was never able to go back.

During the two weeks in Finland I had time with a number of our second cousins, third cousins, cousins once or twice removed. Some were fluent in English, some were not. But we found ways to communicate. I tried out the words that I knew in Finnish and then resorted to the app on my i-pad. My relatives tried out words in English and used the Finnish/English dictionary.

We were persistent in our efforts to communicate. I learned about my grandmother’s life in Finland and felt the kinship with my Finnish relatives. . . .

My thoughts have moved on to think about God’s persistent efforts to communicate with us. He has given us the Bible and his Son. In the gospel of John, Jesus is called the Word.   Through Jesus we have  been  given the ability to be in communication with God. Jesus instructed the disciples (and us) to pray, addressing God as our Father.   Our  prayers,   uttered in faith, are heard. 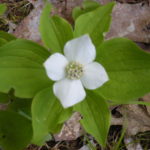