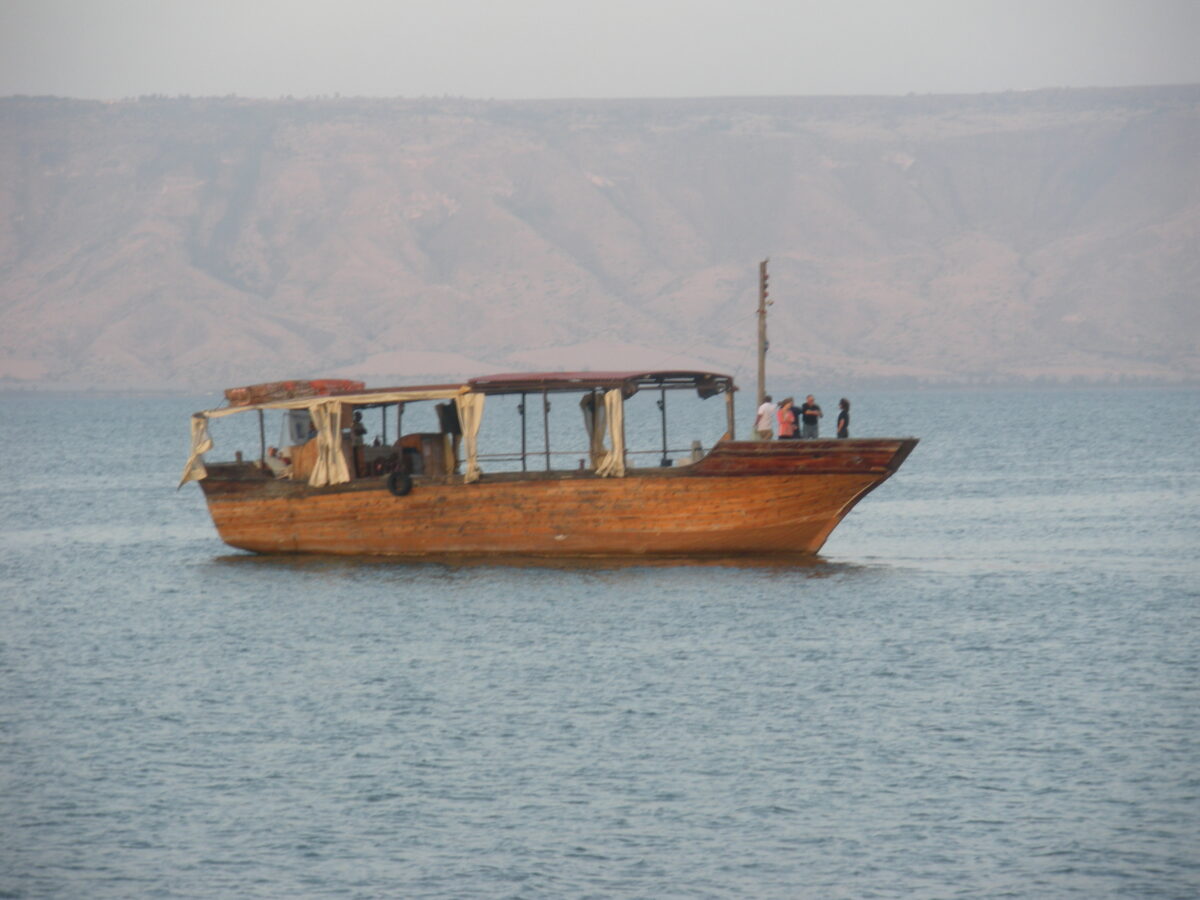 The disciples were fishermen and skillful at managing a boat on the Sea of Galilee, but when a sudden storm came up, they were frightened. They didn’t know what to do. When they woke Jesus, who was asleep in the boat, they had no idea how he was going to save them. The event is recorded in Matthew 8:23-27

We like to feel that we are in control—we have expectations of how our life should go. My husband and I thought this way as we began our marriage.

We thought we would have two children in our family. (That was the recommendation for our generation because of fears of over population.) But my second pregnancy was twins. We were glad to have three children.

Fast forward six years and one of the twins was diagnosed with a rare form of leukemia. As we prayed for his health, he underwent chemotherapy and then a bone marrow transplant. In 1989 he entered eternal life.

We grieved. I longed for another child, knowing we could not replace Steven. But after the twins were born, I had developed severe complications. By God’s grace I did not have a hysterectomy, but I was advised not to become pregnant again.

God answered our prayers and I did conceive. I had a healthy pregnancy. God gave us a second son.

We may have expectations, but God is in control. As we consider the possibilities in life, we need to walk in relationship with God, steadfast in our faith.

For as the heavens are higher than the earth, so are my ways higher than your ways and my thoughts than your thoughts. Isaiah 55:9

Trust in the Lord with all your heart, and do not lean on your own understanding. In all your ways acknowledge Him, and he will straight your path. Proverbs 3:5-6

Then one of them, named Caiaphas, who was high priest that year, spoke up. “You know nothing at all! You do not realize that it is better for you that one man die for the people than that the whole nation perish.” [John 11: 49-50] He was referring to Jesus.

There are two assumptions in Caiaphas’ statement. While it is true that the Romans were oppressing the people of Israel and there were outbursts of violence, the whole nation was not at risk of extinction. Or was he worried about the hierarchy? The priests and Sanhedrin?

Next, he was assuming that the death of Jesus would solve the political unrest. He assumed the death of one man would be a simple solution for a complex situation.

Yet, Jesus chose to suffer and sacrifice his life to complete God’s plan of salvation. Jesus’ sacrifice on the cross did not give the result that Caiaphas expected. It did not save the governing status quo. Jesus died and arose three days later to save individuals. Before his crucifixion he said, “I am the resurrection and the life. Whoever believes in me, though he die, yet shall he live” [John 11:25]

Jesus was always concerned about the individual. He engaged with people that were despised: lepers, tax collectors, the Samaritan woman. He told the parable of the Lost Sheep as recorded in Matthew’s gospel. He spoke about the value of every child.

See that you do not despise one of these little ones. For I tell you that in heaven their angels always see the face of my Father who is heaven. What do you think? If a man has a hundred sheep, and one of them has gone astray, does he not leave the ninety-nine on the mountains and go in search of the one that went astray? And if he finds it, truly I say to you, he rejoices over it more than over the ninety-nine that never went astray. So it is not the will of my father who is in heaven that one of these little ones should perish. Matthew 18: 10-14

I am reminded of what happened in Germany leading up to WWII. The Nazi government decided that individual rights stood in the way of building a great society. Louise Fein wrote a well-researched novel, Daughter of the Reich. The story begins in 1933, at the start of the Third Reich. As the government became more and more authoritarian, the liberty of the people was increasingly limited. The Jewish people were separated from society and terrorized. It is a haunting tale.

The determination of “the greater good” can be based on a false premise. It can be a power grab. It can involve deception. We should learn from history.

Our leaders need wisdom from God. We need to pray for our country. God is greater than the “greater good”.

The above illustration is The Good Shepherd painted by Ruth Owen Pook. Photograph by DTGrandfield83, CC BY-SA 4.0  via Wikimedia Commons

Jesus was a teacher and storyteller. The book of Matthew records numerous stories. While speaking to a crowd he told the parable of the sower who encountered different types of soil. (Matthew 13) Speaking to his disciples he told the story of the lost sheep (Matthew 18). There are many more parables throughout the gospels. Jesus would sometimes answer a question with a story.

I just finished reading Once Upon a Wardrobe by Patti Callahan. The fictional characters, George and Megs, are exploring the importance of stories. George has read The Lion, The Witch and the Wardrobe and wants to know if Narnia is real. Megs is a student at Oxford and finds an opportunity to meet C.S. Lewis. She plans to ask him George’s question.

The question is repeated different ways; where do stories come from? What do they mean? Is there a deep truth embedded in stories?

Patti has a well-researched knowledge of C.S. Lewis and includes biographical aspects of his life. At the end of the book C.S. Lewis’ stepson comments on the book. It is a good read.